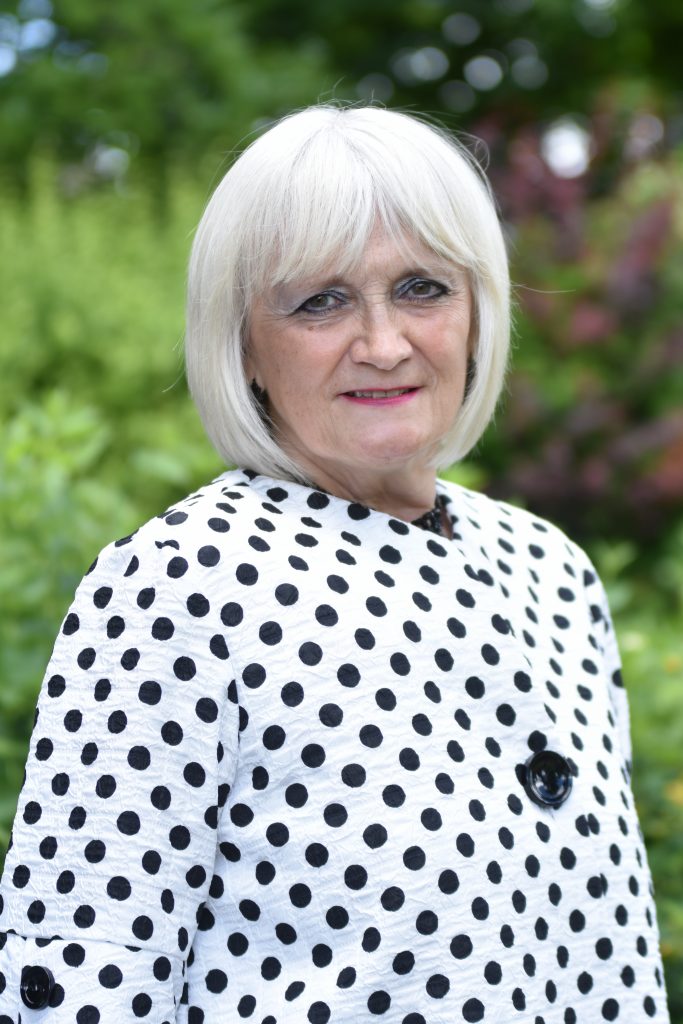 Margaret has worked with other G&S Societies in Bedford and Stewartby and has been the musical director of Peterborough G&S Players who perform at the Key Theatre, Peterborough for many years.

Since becoming the Musical Director of Pasque Harmony in 2004 (from 1st January 2014 – Caritas Harmony) Margaret has seen the choir grow in number and improve its level of performance.  She has led the choir in the production of 3 CDs, introducing them to new listeners and says that one of her ambitions is to see the choir attract the audiences it so richly deserves.  Margaret freely admits that the choir’s diverse repertoire has presented her with one of her most challenging roles so far but she thoroughly enjoys working with a ‘great bunch of ladies’, finding the rehearsals both fun and rewarding. Margaret’s love of music and singing makes her the ideal Musical Director for Caritas Harmony as she continually encourages and challenges the choir, taking them to new heights.

Margaret acquired her passion for music in the Salvation Army.  As a child she learned to play various brass instruments and had lessons in piano and singing.  She started singing in the Salvation Army children’s choir and it was this choir which benefited from her debut as a musical director at the age of 18.

Margaret has always enjoyed Gilbert and Sullivan, so when she joined Putteridgebury G&S Society in 1986 she soon became one of their most popular and regular musical directors. She directed the company in many well known G&S Operettas as well as others, such as Die Fledermaus and Orpheus in the Underworld.  When Putteridgebury performed Carmen, Margaret returned to her other passion, singing, and took on the leading role. She went on to perform other leading roles, including Julia Jellico in the rarely performed G&S Operetta, The Grand Duke. 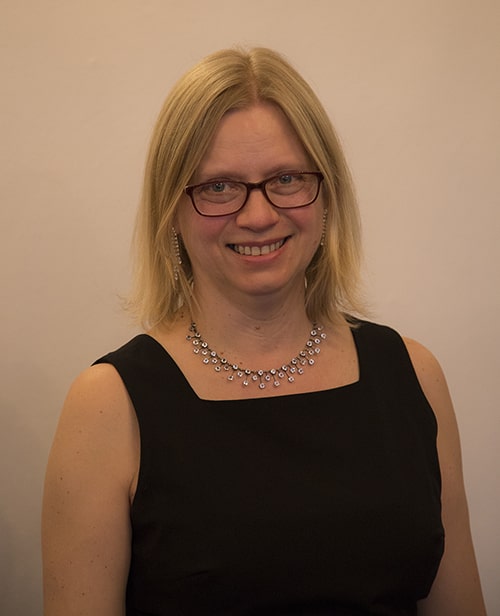 Sue started to play for Caritas Harmony in 2017.  Originally from Yorkshire, she studied the piano and viola at the Royal College of Music, London.  She has recorded piano works for several films, including ‘Lady Chatterley’ and ‘Emma’ and has worked as a chaperone in two Harry Potter films.  She runs a thriving piano teaching practice, teaches in several different schools and accompanies instrumentalists and singers.  She is the Music Director for Putteridgebury Gilbert and Sullivan Society’s current production of The Gondoliers which is opening this year’s International G & S Festival in Harrogate in August, 2018.  Sue lives in Pirton with her husband and in her spare time enjoys travelling, gardening and all things French. 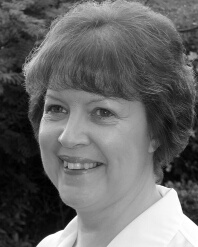 Guest Accompanist, Vivien Powles, holds an LTCL Performer’s diploma and a Postgraduate Certificate in Accompaniment from Trinity college of Music.  She works as a ballet accompanist for Harpenden Dance School and the Carter School of Dance in Hertford, as well as being rehearsal accompanist for Harpenden Choral Society.  She works with singers, dancers and instrumentalists of all ages, specialising in examination, recital and choral workshop accompaniment.

As a singer, she performs with Harpenden Choral society, the Royston Priory Singers and Choir 18, a small ‘a capella’ group.  She is pleased to have been a guest accompanist at several Caritas Harmony concerts and has particularly enjoyed playing in the lovely garden at Wayside Cottage. 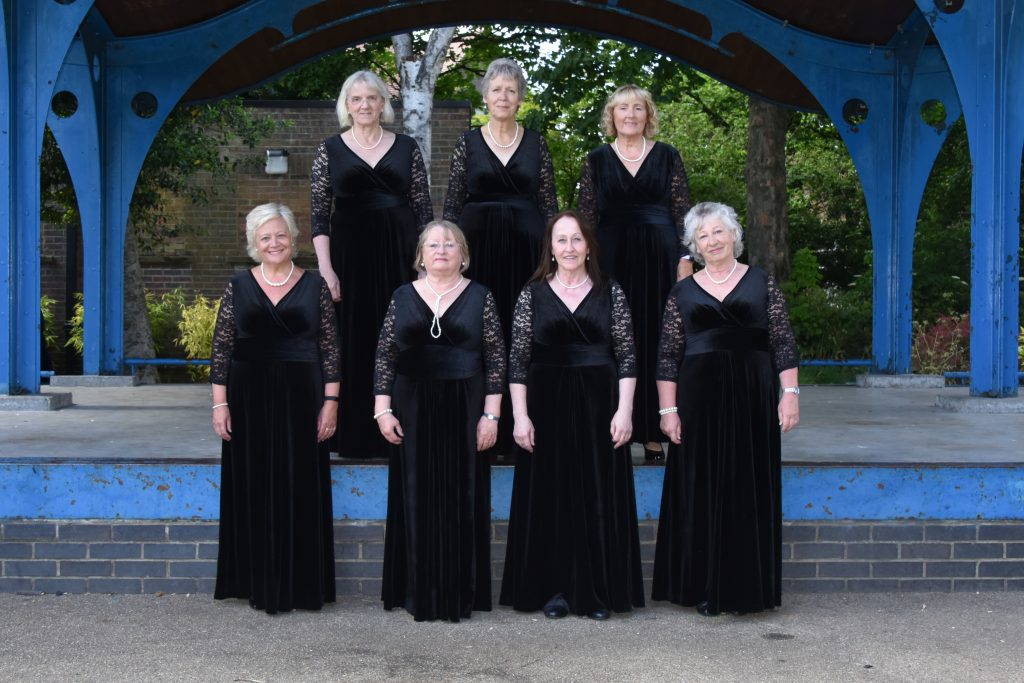 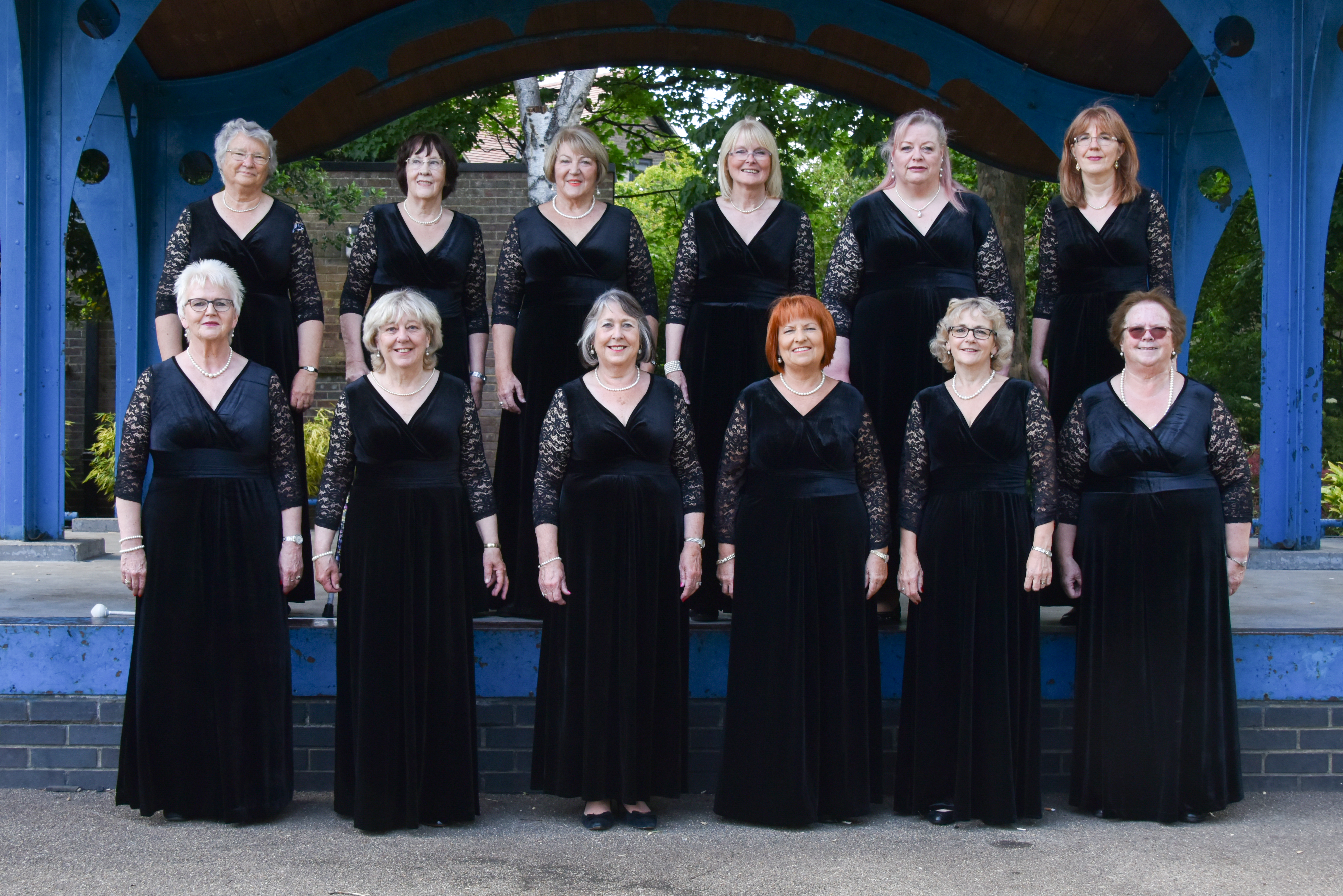 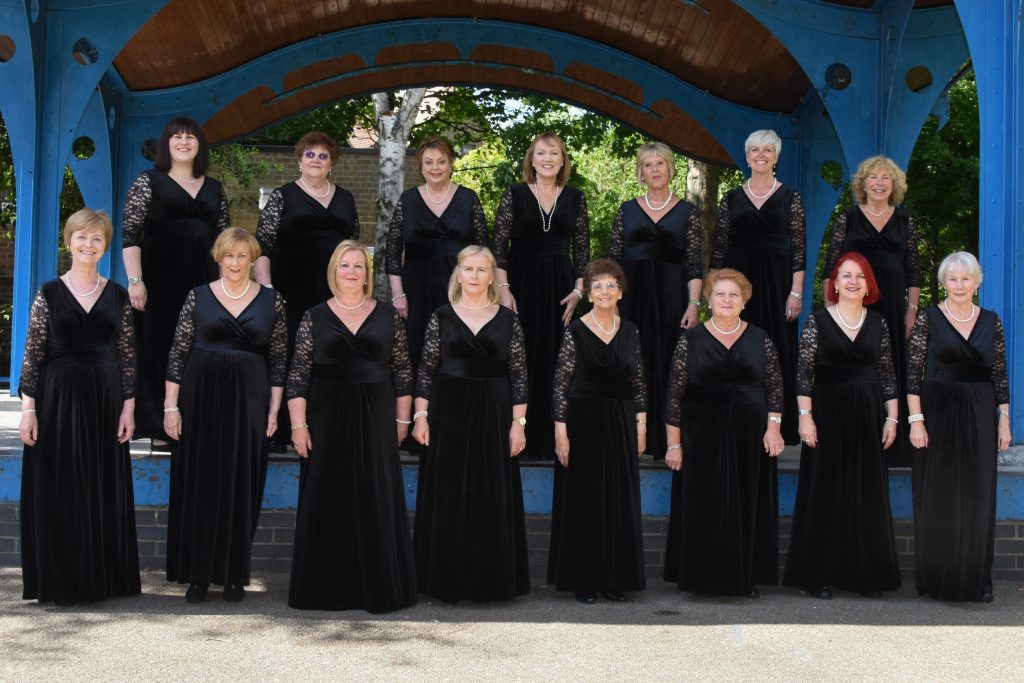 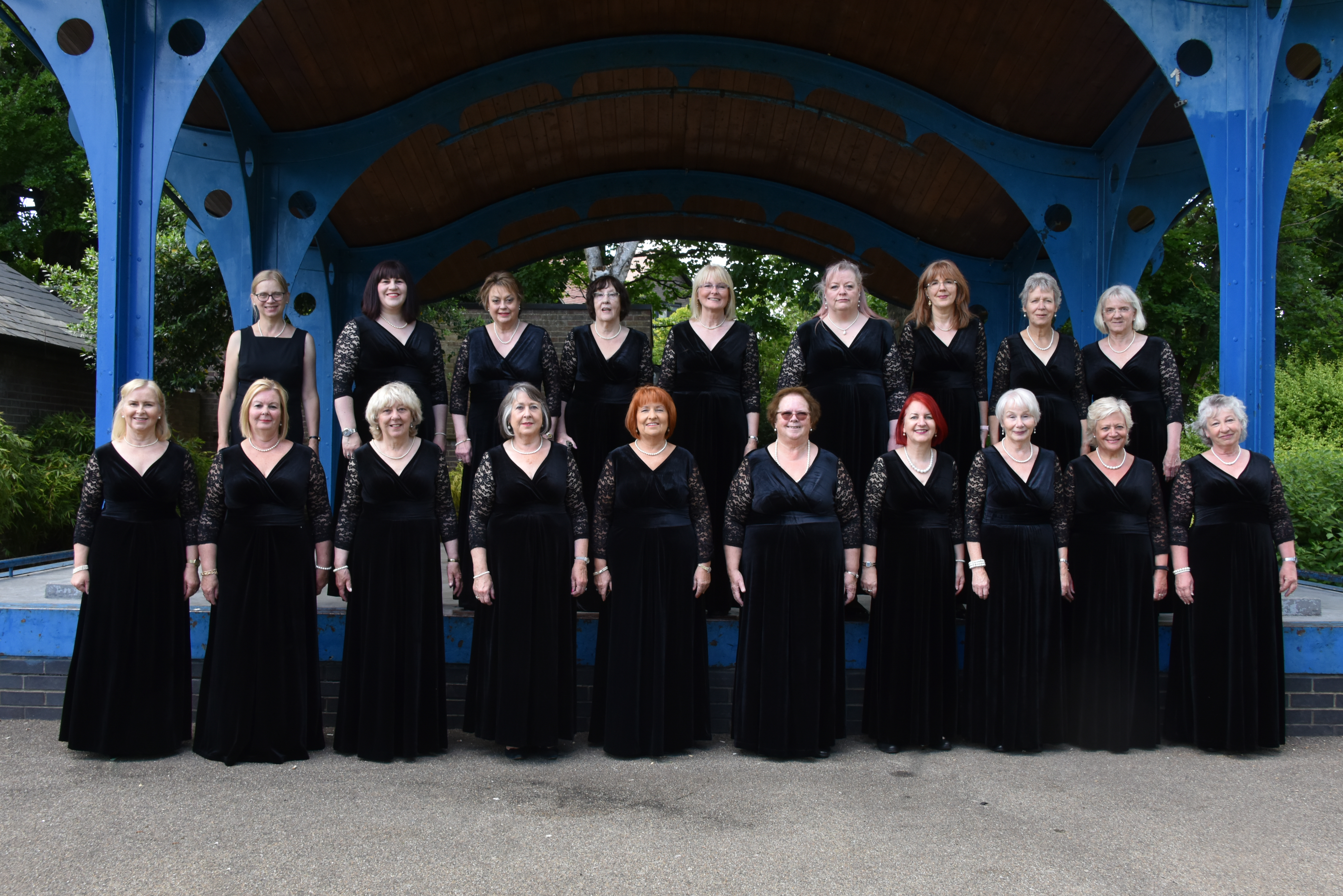 Caritas Harmony sing in 4 parts – 1st soprano, 2nd soprano, 1st alto and 2nd alto. Some members of the choir are able to sing in different sections, according to the requirements of the piece being performed. A smaller section of the choir, Caritas Singers, sings mostly A Cappella – without accompaniment.

We are always happy to welcome new members and we will help you to find the best section in the choir to suit your voice.